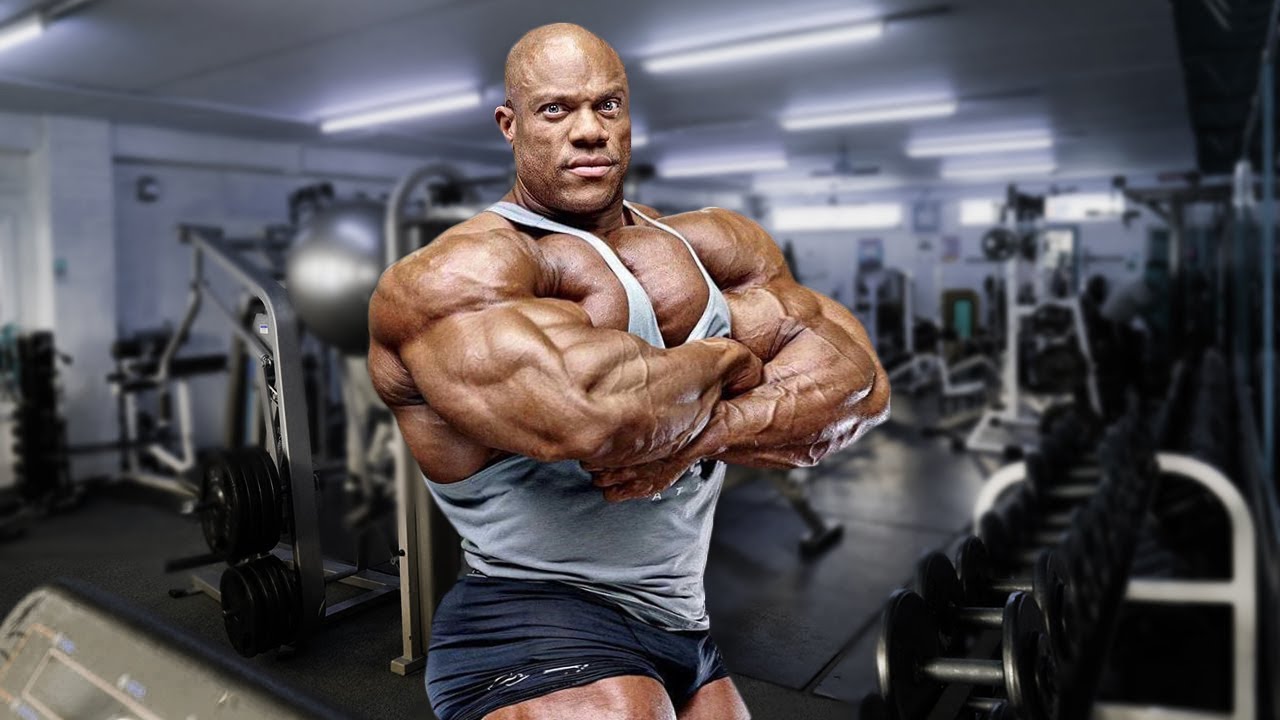 Phil Heath is a professional bodybuilder in America. He won many victories in the US Championship in 2005, in 2006 in Colorado and New York, and in 2008 in Ironman Pro. However, the most significant victory is the first place in the competition, Mr. Olympia, in 2010 and 2011.

Phillip Heath was born in the city of Seattle. Ever since early childhood, he loved sports and most of all, he was fond of basketball. Upon admission to the university, Phil participated in a game of basketball, where he held the position of the thrower. He often stayed in the gym after training and would throw the ball into the ring, developing his muscles and honing his skill. After graduating from the university, Phil’s career as a basketball player ended.

So, Phil started training in one of Denver’s gyms as a bodybuilder. By that time he already had a well-trained body after long and stubborn training. For help, Heath turned to professional trainers, who composed a program of training and nutrition. The first tournament was the Bodybuilding Championship of Northern Colorado in the year 2003. He firmly set himself the goal to win in this championship and took first place in it. There, Phil met the future mentor and friend, Jay Cutler. In 2004, he becomes Mr. Colorado, and next year he wins in the heavyweight category of the US Championship Junior Nationwide 2005. In 2003-2005, the athlete did not have a single defeat.

A couple of months before the start of Olympia, Phil Heath was trained by professional bodybuilder Jay Cutler. Cutler simply exhausted Heath in training, often overloaded his muscles, and did not let him rest at all. Phil Heath, meanwhile, made progress and finished in 2008 in his first Olympia third place, “Losing” the silver to his teacher. In 2009, Phil took the fifth place in this tournament, but 2012 brought the athlete the 2nd place in the same contest. However, the main victory was the 1 st place for the title of Mr. Olympia 2011-12.

The regime of training Phil did in principle did not differ from the training of ordinary athletes. The program consisted of dividing all muscle groups into five parts and pumping them separately. On Monday, he worked his pectoral muscles. On Tuesday, Phil is engaged in the hips. Wednesday is dedicated to the muscles of the back and on Thursday, the shoulders. On Friday he worked on the muscles of the hands and many fans would (and still do) note the well-developed muscles of his hands. The athlete does not abuse large scales and uses medium weights. Another feature of Phil’s training is aerobic exercise.

In the video, Phil Heath talks in detail about his training split. Watch, learn, and use this technique – and, perhaps, you will start your way to becoming an athlete of Mr. Olympia.