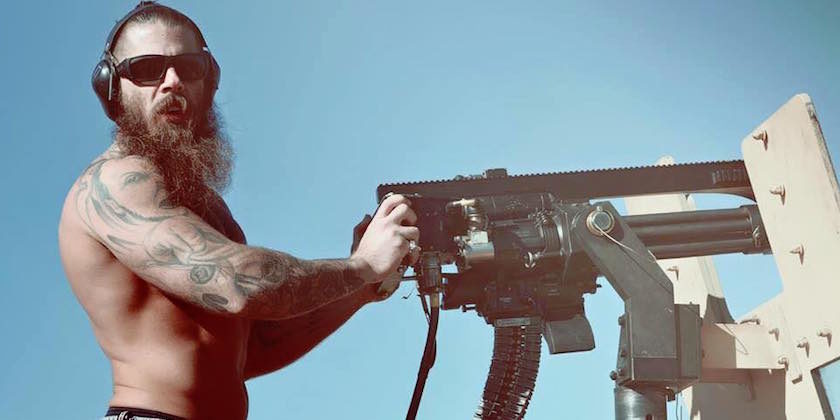 Derek Weida: Secrets To Getting Shredded

In summer 2007, a US soldier, named Derek Weida, received a bullet wound through the kneecap when patrolling the streets of the district Asha in Baghdad. As a result, Derek was given a huge number of operations on his right leg and recovery took an entire 18 months. Doctors, as always happens, uttered the phrase “We did our best”. This meant that the leg would never work as before and Derek had to leave the army.

When a person lives for something and it is taken away, it is very difficult to find a completely different (equally satisfying) goal in life, and forget about the past. The guy was very angry and even thought about suicide. Derek started drinking and generally lost all interest in life. From 2009 to 2010, he went to jail several times. At that time his leg was still there. In December 2010, one of his friends persuaded him to take part in the Crossfit tournament. For Derek, this was a chance to change his life as he finally had a goal to train hard. He passed the competition to the end. He had good friends in the world of sports, and his lifestyle changed.

After a while, the old wound was felt and, in December 2011, the leg had to be amputated. But Derek did not despair and did not sprinkle his head with ashes. This became an incentive to train even harder. He felt that he was able to be the master of his own destiny, to set himself great tasks, and to fulfill them. Despite the crutches, he was able to finish the same race a couple of months after the operation.

“I’m a soldier, and I’m used to fighting,” says Derek Waida. In the next ten years of his life, he created a real athlete. He pumped more than 20 kg of muscles, covered his body with tattoos, and grew a spectacular beard. Derek was lying down, crouched down with a barbell, and pulled the station, despite the lack of a foot, and also, violently threw crutches. when he could not conquer a new weight.

CrossFit is not the easiest sport, especially at the competitive level, and even when there is no leg. What ordinary athletes have been able to do in a few months of training, Derek took twice as much time to do this.

But as the sportsman himself says, “I already surrendered once. The next time will be only if I die.”

Together with new records in the hall, the body of our hero also changed. Derek Veida covered himself with tattoos from head to foot. On his chest and arms are depicted the faces of girls, native people, and terrible clowns, to remember that life can play a cruel joke and abruptly change at any moment.

Other veterans of military operations began to come to him for help and advice. They were the same as he himself was: desperate, embittered, and having lost their meaning in life. So, Derek Veida created an organization that assists the former US military army to adapt to a normal life after service. Derek called his offspring “Next Goal”. Veida speaks of her as his greatest achievement in life. These people come to me and if I manage to get one out of this hole, this is happiness for me!

Wade visits the hall four to six times a week. His training consists of a warm-up, strength training, and one or two complexes of crosphitus. About once every six months he leaves a circular training, and a few weeks is engaged in the classic split-bodybuilding program (5 days a week). 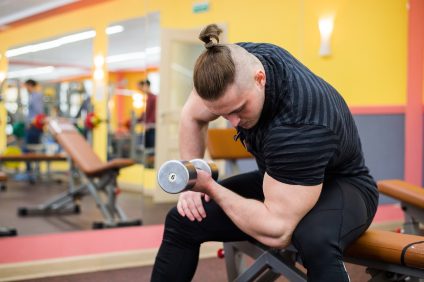