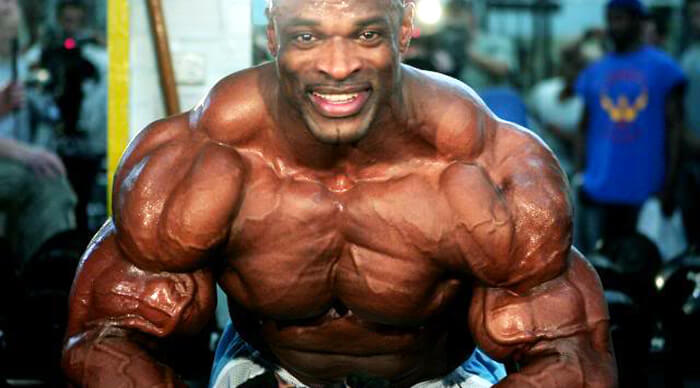 Bodybuilders With The Superior Genetics

We all agree that genetics in bodybuilding is just as important to becoming champion as decisive and consistent hard work and training are. The history of the sport has proven that when hard work meets the natural genetic potential, that great things will happen. Many bodybuilders will tell you that hard work is superior to everything else, but regardless of whether one works hard or not,  genetics will always rule at the end of the day. Speaking of this, who of the many genetically gifted bodybuilders of the past or present possesses some of the most noble abilities?

Meet: world-famous king of bodybuilding, one of the participants in the top, and parade of the most powerful athletes of the world, 8-time winner of the tournament “Mr. Olympia” 1998-2005. – Big Ron (Ronnie Coleman).

Ronald Dian Coleman  was born on May 13, 1964. His residence was in Louisiana, USA. He spent his childhood in the city of Monroe. The boy and 3 other children were brought up by one mother. A child is lucky to have excellent genetics and parents that induce enthusiasm for sports at an early age. In his school years, he managed to try his talents in track and field athletics and on the football field.

Among his peers, Ronnie Coleman stood out because of his size. His  proportional forms attracted attention. At the age of 12, the teenager reached up to 180 cm and weighed about 78 kg. It happened that during inter-school competitions he was advised to avoid heavy training, so as not to overload his musculoskeletal system. Coleman wondered what the adults meant, since he had not seen the bar in his eyes. Moved by curiosity, he went into the hall next to the house and saw how the powerlifters were doing. The young man also decided to engage in heavy sports, but not before entering the University of Grembling.

Bodybuilder Ronnie Coleman in his Youth

Former merits in the game sport provided him the opportunity to play American football on the university team. By the end of training, the guy realized that he was not ready to chase the ball for hours. He received a bachelor’s degree in accounting and went to work in a pizza specialty. After 2 years, he realized that he was troubled by his low income, and was looking for another job. So Ronnie became a policeman . Looking at the powerful figure of Coleman in the patrol suit, the desire to break the order of the hooligans disappeared by itself. He served on the police force for 12 years. When at the peak of his fame, he was asked about nutrition for muscle mass and why he needed it. He answered that he was busy with an important matter and helping people.

Once a colleague at work invited Ronnie to go with him to the gym in the hall called, “Metroflex”. It was there that he began to drag iron with passion. At the first competition in powerlifting, the guy got by due to an accident. In 1990, during training, he noticed Brian Dobson, the owner of the club and a well-known person in bodybuilding. The coach offered a free subscription and participation in “Mr. Texas” .

Unexpectedly for himself and others, the pitching, Ronnie becomes the winner in all categories.

Dobson’s personal approach to employment helped to educate the future star of bodybuilding. Already in 1991 a beginner athlete:

From that moment a new sports biography began. The excitement of victory and the motivation of Ronnie Coleman was pushed to conquer new heights.

Prior to 1995, there were no special achievements for Big Rhone. In competitions at the Grand Prix, he occupied 4-6 places and he worked and trained in the hall. In 1992, he tried to pass the exam for “Mr. Olympia” and failed. At the tournament, he did not hit even the top five. However, 4 years of work, getting acquainted with Flex Wheeler, and working with nutrition expert Chad Nichols finally paid off. 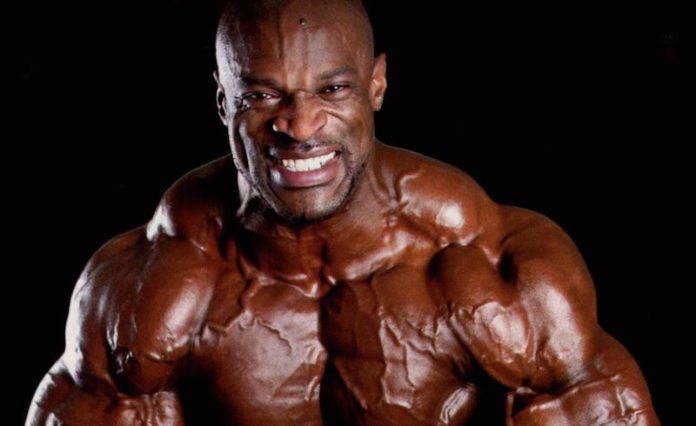 In 1995, the athlete won the Canada Pro Cup . The following year he confirmed the result, but injured his leg. His career was in jeopardy. But Big Ron did not allow himself to be dehydrated and, clenching his teeth, went ahead. Ahead loomed glory, titles, and awards.

In 1997, the athlete conquered the Grand Prix Russia and in 1998, he became the first on the Toronto Invitational. Also in 1998, he finally climbed to the top pedestal of honor and remained a permanent Mr. Olympia for 7 more years. In 2006, Ron was promoted by Jay Cutler, but Ronnie dropped to the 4th position the following year.

Ronnie changed the program. He included a complex workout with basic exercises and an hour cardio. The power complex included 1-2 techniques and approaches with large weights with a minimum number of repetitions. Totally, 5 sets were obtained, (sometimes 4) not more than 10 takes with pauses between sessions of 3 minutes. The athlete was also convinced that 2-3 leverage exercises calf muscles are enough for muscular hypertrophy.  Coleman was an opponent of work before muscle failure.

The athlete has always performed:

Pumping was built on moderate scales and multiple sets and doubles: 3-4 techniques in 12-15 repetitions and the same number of sets with a rest of 1-2 minutes. A month later, he changed the places of complexes, which allowed him to achieve the desired progress.

The program also implied a separate pumping of the target muscles: torso and back. Coleman shook at the beginning of the block, with small muscles. For a week, he pumped each group twice. Prioritization and the right diet have returned to the athlete the ideal form.

“Mass Titan” at the End of a Career

In 2008, Big Ron announced his departure. However, he continued to train hard, periodically exasperating the press about the imminent return to the sport. In the proof of his words he often appeared on guest appearances and demonstrated an excellent figure from different angles in social networks. But the years were taking their toll and as the amount of testosterone began to decrease, it became increasingly difficult to compete with the younger generation.

how many calories in an egg 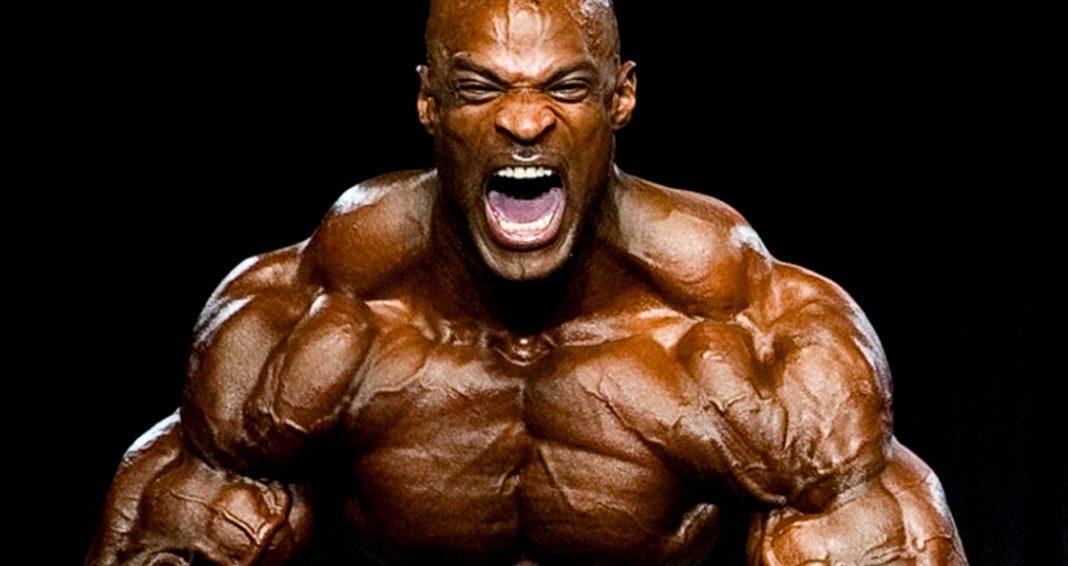 In 2012, he opened a line under his own name for the production of sports nutrition, which is exported to 11 countries.

Combining workouts and work was difficult. In addition, his failing health led to Ronnie Coleman needing an operation for a prosthetic  hip joint. For an average person, it is considered private, but not for Coleman with a bench press of 1,044 kg. The athlete was worried and was incredibly happy after a successful outcome. In the video, he thanked the fans for their support and said that in 15 days the operation would be repeated. He also asked the fans on the site to vote for the SportSpics line in order to win the “Brand of the Year” nomination.