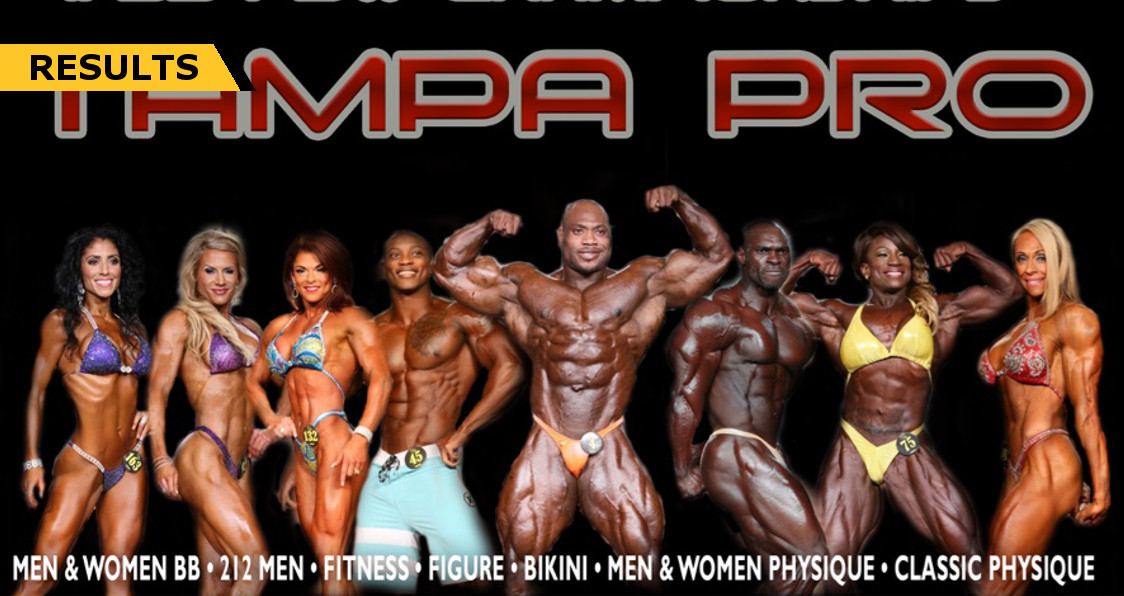 Things are warming up in Tampa, Florida, as the official 2016 IFBB PBW Tampa Pro championship was in full swing this weekend. The conclusion was powerful and hungry competitors who want to get to the first place.

Last weekend in the city of Tampa, USA, a professional bodybuilding tournament “Tampa Bay Pro 2016” was held, at which, female bodybuilding was introduced.

In the nomination “212” the leading position was won by the Kuwaiti athlete Ahmed Ashkanani, for whom this competition became the debut in his professional career. After the champion, Nigerian Bola Ozheks finished third, Mike Irgas from the USA became the third.

In the open category, the victory was won by Akem Williams, who at the “Baltimore 2016 Grand Prix” as close as possible to the title of champion, finishing second in the standings.

The title of vice-champion was awarded to Alexis Rolon, who this year just started his career in the professional arena of the IFBB.

The third place was taken by another Kuwaiti descendant, Abdulhadi Alhayat, who put forward excellent conditions, thanks to which he managed to bypass Roman Fritz and Jonathan DeLaros , who divided the fourth and fifth places respectively.

Top-six closed Henri Pierre Hanno of Canada, the best result in the arena of the Pro-League which is the fourth place in the prestigious tournament “New York City Pro 2015 “.

Also on this show, the competitions were held in the discipline of the “Classic Physicist”, where Terence Rufin was the best, pushing Darrem Charles, for whom it was the twelfth championship in a row, which is quite a serious indicator, especially if you take into account the fact that Darremu recently ” hit “47 years old.

Recall that last year at the “Tampa Bay Pro” competition the title in the open category went to American Max Charles, while in the division “212” the leader was Al Augusta from the USA.

Now that everything has come to an end, check out the official results below!